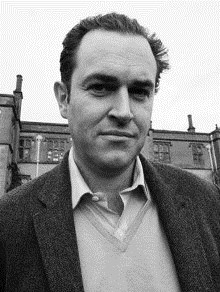 Simon has worked and travelled around the world building his interest and his career in food, travel and architecture. He has worked in restaurants, written for most of the major newspapers and magazines, launched The London Restaurant Festival, built businesses, and now he is using all his experience and connections to revitalise some of Britain’s languishing country houses, as the new face of Channel 4’s Country House Rescue.

In 2007, Simon and his friend Fay Maschler established the restaurant consultancy, A Private View Ltd. It combined their shared passion for restaurants, and most importantly their understanding of the need to do things to the highest of standards. They also created the idea for The London Restaurant Festival, which they launched in 2009; it lifts the lid on London’s finest cooking and aims to celebrate eating out across the city.

Simon has worked on a number of series for the BBC. 'Tales from Europe', BBC was co-written & co-presented with Kirsty Wark. He also wrote and presented 'Living with Modernism' and 'Living with the Future' for BBC 4.

Contact us today for further information on our after dinner speakers or to book Simon Davis for your event.