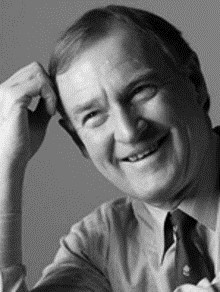 The Business of Winning is keynote speaker Humphrey Walters’ game. For over three decades he has successfully inspired and motivated businesses and teams in leadership and management, using lessons learned in the world’s toughest yacht race and with the Olympic Judo team, who left London 2012 with a swathe of medals.

Working with organisations all over the world, he is a knowledgeable and respected expert on the processes required to develop high performance and winning teams.

Humphrey has worked with the Olympic Judo team; the England world cup winning rugby team; premier division football teams; government departments; schools, and businesses of every size. He also worked to develop the team for JCB which gained the world land speed record for a diesel car at Bonneville Salt Flats in the USA.

Putting his theories to the test, Humphrey spent almost a year at sea, competing in the 33,000 mile epic BT Global Yacht Challenge, using the unmerciful and hostile environment to study how teams work when thrust into extreme situations, and how trust and inspired leadership work together to create fusion and success.

Contact us today for further information on our after dinner speakers or to book Humphrey Walters for your event.