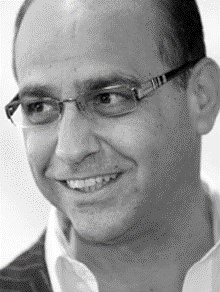 Theo's reputation is founded in turning around ailing companies, as a conference or keynote speaker he speaks candidly about business turnaround.

Theo started his career at the age of 16 as a tea boy/filing clerk with Lloyds of London insurance brokers before making his first foray into retail at the age of 18. At the age of 20 he moved into finance -property and corporate, specialising in turnarounds, setting up his own company at the age of 23.

In the following years he purchased and turned around ailing companies like Movie Media Sports, Ryman the Stationer, Contessa and La Senza lingerie chains, and Partners the Stationer. He has turned these companies into successful, solid and profitable retail businesses.

During this time, he spent eight years as Chairman of Millwall FC, taking it out of administration, into the Championship and to the FA Cup Final. He was also a Director of the Football League and an FA Councillor. This has been followed by his appearance as a Dragon on the successful BBC TV series, Dragons' Den and his most recent acquisition is the experience company, Red Letter Days.

Contact us today for further information on our after dinner speakers or to book Theo Paphitis for your event.