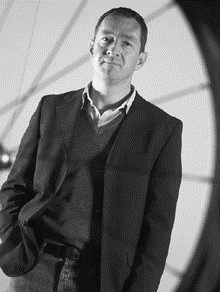 Chris Boardman is arguably one of Britain’s most successful cyclists with 3 World Hour Records, an Olympic Gold and holder of the prestigious yellow jersey in the Tour De France.

The Barcelona Olympics saw Britain’s first cycling gold medal in 72 years. As Chris Boardman stood on the podium, he never imagined what the magnitude of his achievement would mean for British cycling – now the most lauded team in the world. Chris’ messages to business are valuable and timeless – teamwork, high performance, success and motivation.

As well as wearing the prestigious yellow jersey in the Tour De France three times, Chris accumulated many national titles in the run-up to his 1992 Olympic success, where he won the world record away from his great rival, Scottish cyclist Graeme Obree.

Diagnosed with osteoporosis at the age of 30, Chris was forced to step back from delivering his full physical potential. He has established himself as a serious journalist, and has written pieces for various publications, including Pro Cycling and Diver magazine.

Chris is also an ITV and BBC pundit, covering major cycling events, and he sits on the National Cycling Strategy Board. With as much business acumen as athletic brawn, Chris is also an entrepreneur. He co-founded Boardman Bikes, one of the fastest growing British bike brands.

Contact us today for further information on our after dinner speakers or to book Chris Boardman for your event.