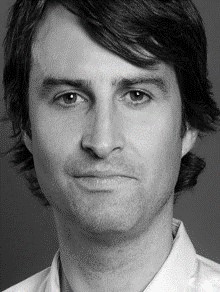 Giles Long MBE is one of the most successful and well-respected Paralympic swimmers of our time.

His journey to elite success is unusual and inspirational, and has instilled in him the ability to motivate as an after dinner speaker and keynote speaker.

Giles was told at the age of thirteen that he had Cancer and the bone tumour in his arm would prevent him from achieving his goal of becoming an Olympic swimmer. Despite the end of his potential competitive able-bodied swimming career, Giles continued to swim, spurred on by the process of goal setting and building a team around him, in a time of rapid change, which he found exhilarating.

Giles regained his Olympic Gold Medal in 2000 at the Sydney Paralympics and set another new world record, four years later he won his third Gold medal at the Athens Paralympics. His success was down to making hard decisions early on in his career and having belief in his team and the people around him throughout his training.

In addition to his sporting talents, Giles is also the creator of LEXI, the amazing graphics system that explained how Paralympic Classification works for the first time on TV. LEXI has so far been successful in changing and modernising the way disability sport is televised around the world.

Contact us today for further information on our after dinner speakers or to book Giles Long for your event.