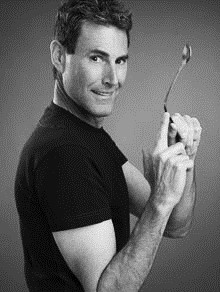 Uri Geller rose to fame in the 1970s by perplexing TV audiences by staring at spoons and bending them with his psychic powers. Motivational; spiritual; elusive and mysterious, he has influenced and entertained the press and the public with his celebrity friendships, cryptic governmental involvement and mind energy illusions.

He inspires audiences to believe in the power of their own mind, and to believe that they will consequentially succeed in life and achieve unimaginably ambitious goals.

Uri’s motivational messages now feature in every leading publication across the world, and he has been lauded by the Young Presidents Organisation who voted him most inspirational and motivational speaker.

Uri attended the nuclear arms reduction talks in Geneva and was asked to influence the Soviets to sign the treaty, which they did.

Contact us today for further information on our after dinner speakers or to book Uri Geller for your event.