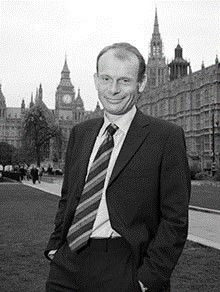 Andrew became political editor at The Economist from 1988-92. He returned to the Independent as chief political commentator in 1992 and was promoted to editor in 1996.

He became a columnist for The Express and The Observer in 1998 before being appointed as the BBC’s political editor in May 2000.

Broadcasting includes series on contemporary thinkers for BBC TWO and Radio 4, and political documentaries for Channel 4 and BBC Panorama. He presented Andrew Marr's History of Modern Britain, a five part series chronicling the history of Britain from 1945 to 2007, Britain From Above and contributed to a three-part series called Darwin's Dangerous Idea as part of the BBC Darwin Season.

Andrew Marr hosts The Andrew Marr Show on Sunday mornings on BBC One, the agenda-setting interview programme, as well as the BBC Radio 4 programme, Start the Week.

Contact us today for further information on our after dinner speakers or to book Andrew Marr for your event.