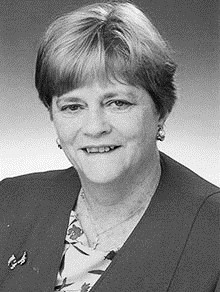 Ann Widdecombe was a British MP for the Conservative Party; she retired from Politics in 2010 and has since appeared on popular BBC programme ‘Strictly Come Dancing’.

Ann is an accomplished and entertaining after dinner speaker.

As a Conservative party politician, Ann is not afraid to express her beliefs. Her career in Parliament was very successful and her roles included Shadow Health Secretary, Shadow Home Secretary and in 2007 she announced her retirement at the next General Election in 2010. Throughout her career in politics she was considered to be very outspoken and held strong opinions on abortion and climate change.

In addition to her political career, Ann has also had a successful media career; she has appeared in various popular television programmes over the years giving the public an idea of her personality outside of parliament. She is well known for her stint in BBC One’s ‘Strictly Come Dancing’, she danced with Anton Du Beke and was one of the more memorable celebrities on the show. Ann has also been a guest host of ‘Have I Got News for You’ and is the quizmaster in the Sky Atlantic show ‘Cleverdicks’.

Ann’s vibrant personality makes her an ideal choice of after dinner speaker for corporate events, she has extensive knowledge of politics and the ability to keep audiences entertained with hilarious anecdotes.

Contact us today for further information on our after dinner speakers or to book Ann Widdecombe for your event.