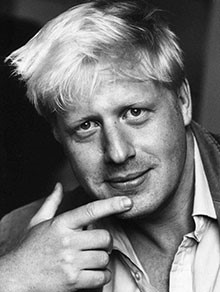 Well-known broadcaster and journalist, MP Boris Johnson is the Mayor of London.

After being a trainee reporter with the Times and the Wolverhampton Express and Star, he joined the Daily Telegraph, serving successively as a leader and feature writer, European Community correspondent and Assistant Editor.

Appointed Editor of The Spectator in August 1999, Boris Johnson was voted Editors' Editor of the Year and Columnist of the Year at the British Press Awards, and writes a weekly column in The Daily Telegraph.

Boris's unique style and personality and his ability to engage with the audience make him one of the most sought after speakers on the corporate circuit.

Contact us today for further information on our after dinner speakers or to book Boris Johnson for your event.