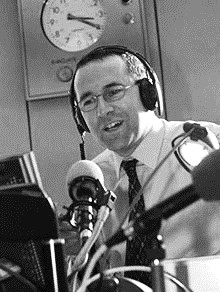 Clive Coleman is the BBC’s Legal Correspondent, a role he arrived at via a career as a barrister, Principal Lecturer in Law, and then one of the country’s leading comedy writers.

His television credits include: ‘Dead Ringers’, ‘Spitting Image’, ‘Smith and Jones’, and ’Chambers’ his hit BBC1 sit-com about barristers, starring John Bird, James Fleet and Sarah Lancashire. He’s also written a huge amount of comedy for Radio with credits including, ‘Weekending’, ‘The News Huddlines’ and his sit-com ‘Spending My Inheritance’, starring Kris Marshall.

Clive works across television news and radio, appearing regularly on the Today programme, Five Live, Breakfast, The News Channel and BBC news bulletins. For six years from 2004 –2010 he presented the BBC’s flagship legal analysis programme ‘Law In Action’ on Radio 4, a role for which he won the Bar Council’s Legal Broadcasting Award.

Clive has delivered keynote and after dinner speeches to an array of UK based and multi-national companies, trade and professional bodies. As a conference host and link presenter, he has hosted numerous conferences and awards ceremonies where his combination of analytical, broadcasting and writing skills have enabled him to write and deliver talks, links and chair debates which ensure that the focus is always sharp, intelligent and witty.

Contact us today for further information on our after dinner speakers or to book Clive Coleman for your event.