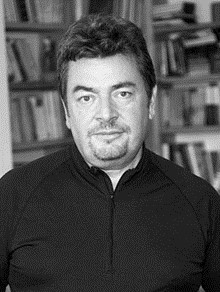 David is one of the most familiar and astute political commentators working across all media today and is an excellent after dinner and conference speaker.

His work spans a variety of platforms from national newspapers such as The Times to regular television appearances on shows such as ‘Newsnight Review’ and ‘Have I Got News For You’.

Since beginning his career in BBC News in the 1980s, David has produced and written a variety of material for television as well as presenting in front of the camera.

He became chief leader writer for The Independent in 1995, and has since written for every major newspaper, winning numerous accolades, including Columnist of the Year 2003 and the 2001 Orwell prize for journalism.

Contact us today for further information on our after dinner speakers or to book David Aaronovitch for your event.