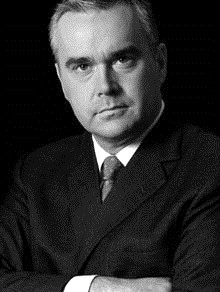 Huw Edwards is a BBC News Correspondent and an accomplished conference facilitator suitable for corporate events.

Huw started off in the BBC as a news trainee and he worked his way up to become a Parliamentary Correspondent for BBC Wales. Huw’s career at the BBC went from strength to strength and in 1999 he began presenting the 6 O’Clock News and in 2003 he is one of the main presenters on the 10 O’Clock News, which is the BBC’s most watched news programme.

Other programmes that Huw has presented include Newsnight and Panorama, at one stage he was the BBC’s chief Political Correspondent reporting from Westminster on a regular basis.

Huw is a highly professional conference facilitator and he will not fail to impress at events, he is a natural and experienced host with the ability to engage with his audience.

Contact us today for further information on our after dinner speakers or to book Huw Edwards for your event.