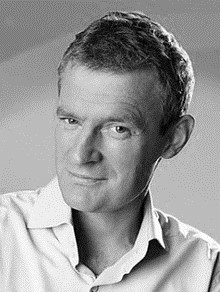 Jeremy Vine’s reporting from war-torn Africa has earned him accolades and awards from the highest echelons of the broadcasting world.

Famous for his award-winning cross-examination of Gordon Brown in 2010, Jeremy is one the most accomplished television presenters in the UK, and a household name.

Since 2003 he has presented The Jeremy Vine Show at lunchtimes on Radio 2, and he has hosted ‘The Politics Show’ and ‘Jeremy Vine Meets…’ which was a series of interviews with fascinating personalities from various fields, as well as broadcasting to 6 million listeners every weekday on the popular Radio 2 news and music lunchtime slot Page Turners.

Previously Jeremy presented Newsnight on BBC 1 and was the BBC’s Political Correspondent.

Contact us today for further information on our after dinner speakers or to book Jeremy Vine for your event.