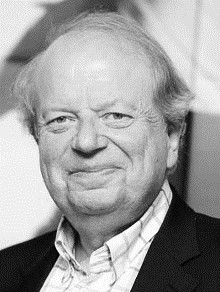 His 20 year career a senior political correspondent at Westminster has bestowed upon him an in-depth understanding of our political world and an unmatched ability to convey his acumen and insight to any audience.

In March 2000, he moved to ITN as Political Editor, reporting on all the key political issues of the day both at home and abroad. He reported from Camp David on the first meeting between Blair and President George Bush.

He left his day job to concentrate on writing and other broadcasting work following the success of his memoirs 'Give Me Ten Seconds'. He has returned to print journalism more recently, writing articles for the Daily Telegraph and the Sun.

John continues to work on The One Show and presents documentaries including the acclaimed programmes on the Spitfire and the Sea King Helicopters in a series for BBC Two called ‘Britain’s Flying Past’. He recently worked with Alan Titchmarsh on the BBC coverage of the Chelsea Flower Show and was also involved in the coverage of Lady Thatcher’s funeral for British and foreign television channels.

Contact us today for further information on our after dinner speakers or to book John Sergeant for your event.