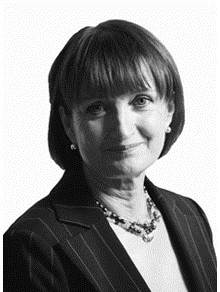 Dame Tessa Jowell, MP is available for keynotes, after dinners and conference linking

Tessa is a warm and funny personality with a wealth of experience to share. With the Olympics 2012 under her belt, Tessa is an outstanding keynote or after dinner speaker. In 2014 she was honoured with the Freedom of the City of London.

In 2002, Tessa was elected as Secretary of State for Culture, Media and Sport and consequently was in charge of London’s successful Olympic bid. She faced opposition and a lack of support from the Cabinet but pushed on believing in sport as a social good. It was her belief and determination that led to the successful bid and she was appointed as the Olympics Minister, working hard for the outstanding display of the 2012 Olympics.

Tessa started out working in psychiatry, social policy and public sector management before working for the charity for mental health, MIND. It was then that she moved into politics, starting out as MP for Dulwich before becoming the Public Health Minister. In this post she set up the SureStart Children’s Centres before taking on other positions involving women, employment, welfare to work and equal opportunities.

Tessa’s political life has been defined by her early social and psychiatric career. Her work and passion for education, employment and public health have been formed by her early education that the mental and physical health of society is of the utmost importance and it is these beliefs that led her determination for the Olympic bid.

Contact us today for further information on our after dinner speakers or to book Tessa Jowell for your event.