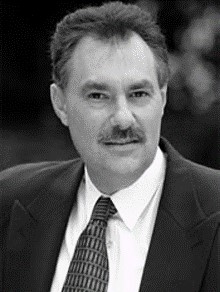 Frank Furness is an inspiring motivational and after dinner speaker who has influenced audiences all over the world with his comical and animated speeches.

Frank spent 20 years working successfully in sales, management and training and was amongst the elite group of sales consultants around the world, having twice qualified at MDRT Top of the Table.

As a Certified Speaking Professional, Frank is known for using many of his own personal stories, along with multiple sales and management ideas in his speeches. His endless amount of energy and rare enthusiasm has led to several organizations hiring him as a consultant.

In in August 2001 Frank was listed in the US magazine ‘Meetings and Conventions’, as one of the ten most sought after speakers on the professional speaking circuit. His ability to deliver speeches in a charming and captivating manner has made him a success among audiences in 25 countries and he delivers over 100 speeches every year.

Frank has spoken on goal setting, motivation and positive mental attitude on many radio talkback and television shows internationally. His past clients include the British Olympic Team, The Professional Cricketers Association, Sporting Champions and Sport England.

Contact us today for further information on our after dinner speakers or to book Frank Furness for your event.