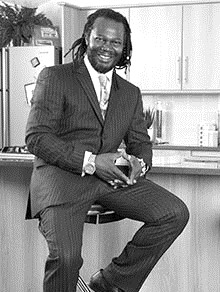 From Rastafarian musician to inspirational business success story, Levi Roots and his Reggae Reggae sauce have scaled unimaginable heights since their appearance on Dragon’s Den.

Levi began making his Reggae Reggae Sauce in his kitchen with the help of his seven adult children. They began selling the sauce to smaller shops in London including a record shop. Levi first decided to produce the recipe in 1991 at the Notting Hill Carnival; he sold it at his own stall, named the Rastaraunt, which still features at the carnival each year.

Levi’s life changed when he appeared on the BBC One TV show ‘Dragon’s Den’ to try and get the Dragon’s to invest in his Reggae Reggae sauce. His presentation of the sauce included a song with his guitar; Levi impressed the judges and left the den with £25,000 from both Peter Jones and Richard Farleigh for a return share of 20 per cent of his company.

Levi’s most recent business idea was an app which he designed called Levi Roots Sunshine Food and he published his first business book in 2011 called ‘You Can Get It If You Really Want’. He has also opened The Papine Jerk Centre, a restaurant in Battersea. Levi is an ambassador for the Princes Trust and spends much of his time visiting hundreds of schools, universities and prisons every year.

Contact us today for further information on our after dinner speakers or to book Levi Roots for your event.