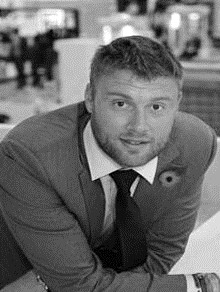 Andrew Flintoff MBE, one of the great British cricket heroes, is now concentrating on life as a television personality and a charismatic and motivational after-dinner speaker.

In Andrew’s early county and international career, he was considered a raw but unfulfilled talent, facing criticism from all corners, about his weight, concentration, and excessive drinking.

It was the 2001 tour to India where he had a turning point in his career, specifically the crucial final one-day match. Entrusted with bowling the final over with India needing 11 to win, he ran out Anil Kumble and bowled Javagal Srinath with successive balls to win the match, ripping off his shirt in celebration.

In 2004, Andrew was called into the England squad against New Zealand and the West Indies as a specialist batsman, scoring two consecutive centuries in the series and hitting seven sixes in one innings. Over the course of England's record-breaking summer, he hit a half-century in all seven victorious Tests.

In 2005 he was crowned BBC Sports Personality of the Year, and in 2006 he found himself in the New Year's Honours List with an MBE.

Andrew returned as captain of the England team for the 2006-07 Ashes series in Australia.

In 2012 he was forced into premature retirement from cricket by a succession of crippling injuries, but not before he had established himself as one of the great heroes of the modern game.

Contact us today for further information on our after dinner speakers or to book Andrew Flintoff for your event.