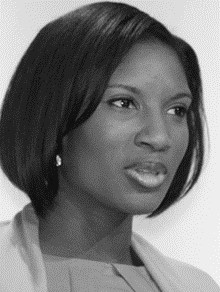 Denise Lewis is an Olympic Athlete and sports TV presenter; she is a charismatic and accomplished corporate host suitable for a range of events.

Denise is a talented all-rounder and excelled in heptathlon and in 1994 she won Gold at the Commonwealth Games in Canada. Two years later at the Atlanta Olympic Games, Denise achieved a Bronze medal, breaking the British heptathlon record and also becoming the only British female athlete to win a medal in the 1996 Olympics.

In 2000, Denise showed the world that she was at the top of her game when she won Gold at the Olympic Games in Sydney and her lifelong dream had become a reality. Denise’s achievement was recognized by the Queen who honoured her was an OBE in 2001.

Since her Olympic success, Denise has had a successful career as TV pundit, covering athletes for the BBC and she has also presented live from events including the Commonwealth Games and the Olympic Games. Her popularity soared when she took part in the BBC’s Strictly Come Dancing, where she reached the final and came second.

Denise is considered to be one of the UK’s most successful female athletes and her achievements are known all over the world. Her charismatic personality has helped her to achieve fame beyond her sporting career and she is now available as a corporate host and she will impress at any event.

Contact us today for further information on our after dinner speakers or to book Denise Lewis for your event.