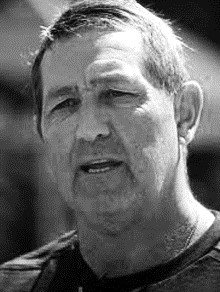 Graham Gooch was Captain of the England Cricket team and one of the most talented batsmen of his time.

He has many entertaining stories from his cricketing glory days and is a popular after dinner speaker.

Graham played his first test cricket match in 1975 at the age of twenty-one when England played Australia in the Ashes. Graham was unable to play to his full potential during the Ashes and was dropped from the team, it was not until 1978 that he managed to get picked again due to his success playing for Essex.

Graham led the England cricket team in over 30 matches and was captain during the 1992 world cup final against Pakistan. He continues to be England’s highest test run scorer. Since retiring as a player, Graham has coached at Essex County Cricket Club and spent four seasons as an England selector. In 2012, Graham became the Batting coach for England.

As a speaker, Graham is entertaining and charismatic and relates to stories from his years as a professional cricketer. Throughout his career he has learnt a lot about leadership and team building, skills which he focuses on in his speeches and uses his knowledge and experience to impress corporate audiences.

Contact us today for further information on our after dinner speakers or to book Graham Gooch for your event.