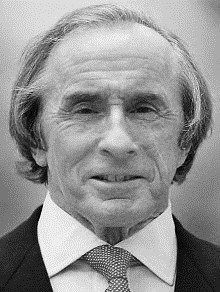 He was the first Formula One superstar. His one-man safety crusade was an exercise in sheer determination to push aside long-established barriers, and he ultimately made the sport safer.

Jackie's impressive and unprecedented Formula 1 achievements still place him among the top five drivers of all time. But the mark he made on the sport went much further than the record books.

He introduced seatbelts and full-face helmets for drivers and helped develop the Grand Prix medical entourage that began travelling to every race. He successfully campaigned for safety barriers and greater run-off areas at dangerous corners, to protect spectators as well as drivers.

Not leaving his passion by the wayside, when Jackie retired from racing his entrepreneurial spirit and love of the sport prompted him to build a business based on his flawless track record. As Chairman and Chief Executive Officer of Jaguar Racing, his determination for improvements led him from strength to strength.

Contact us today for further information on our after dinner speakers or to book Jackie Stewart for your event.