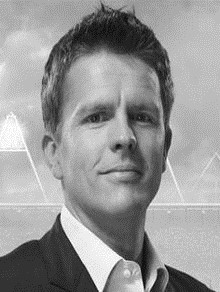 Jake Humphrey, presenter of BBC's Formula 1 coverage, is a consummate and charismatic conference facilitator, after dinner speaker and awards host. He is currently the main presenter of BT Sport's football coverage.

32 year old Jake was the youngest ever presenter to host the hat-trick of BBC Sport programmes Football Focus, Match of the Day and Final Score. In 2008, he joined Sue Barker and Gary Lineker to co-host BBC’s Sports Personality of the Year.

Jake began his broadcasting career as a runner and then became a researcher and ended up presenting by accident. He was advised to make a showreel which eventually led to a hosting spot on a live daily sports show for TWI. From here, he joined CBBC and enjoyed six extremely successful years.

Jake wrote a regular blog for the BBC F1 site and a Formula 1 column for the Evening Standard newspaper. He also has his own weekly page in the Match of the Day magazine.

Contact us today for further information on our after dinner speakers or to book Jake Humphrey for your event.