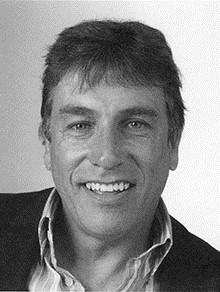 Award-winning radio/TV presenter, John Inverdale has covered most of the major sporting events including the Olympics, Wimbledon and Rugby & Football World Cups.

John Inverdale's professionalism and personality make him one of the best conference and awards hosts in the business.

During his radio career, he has presented Olympic Games, football and rugby World Cups, Wimbledon Championships, plus numerous other major sporting events both at home and abroad.

His television career began with BSB in 1990 as presenter of the rugby and football, and on the BBC, he fronted ‘Rugby Special’ from 1994 until its demise in 1997. He hosted his own BBC1 sports chat show ‘Onside’ for seven series, and is a regular presenter on Grandstand and other sports programmes including Wimbledon.

He was part of the multi-award winning team that covered the Sydney Olympics in 2000. John continues to present some of the world's largest sporting events, including the Olympics and the Rugby World Cup.

Contact us today for further information on our after dinner speakers or to book John Inverdale for your event.