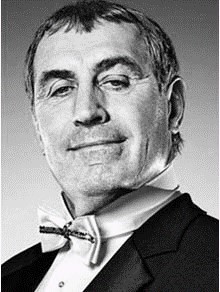 Peter Shilton is one of the best goalkeepers the country has ever seen, having had 25 clean sheets in one season with Nottingham Forest and holding the England record for the most caps at 125.

Whilst playing for Leicester City, Peter impressed England Manager Sir Alf Ramsey and he was offered a debut playing for his country, rapidly becoming England’s number two goalkeeper and battling with Ray Clemence for the number one spot.

It was in the 1986 World Cup that Peter experienced another one of the most famous moments of his career. The ‘Hand of God’ goal by Diego Maradona in the quarter-final led to England losing the World Cup. His last match with England was at the World Cup in 1990, after which he retired with an England record of 125 caps.

Peter is now a successful after dinner and motivational speaker and event host, bringing fantastic insight into the world of football with humour and enthusiasm.

Contact us today for further information on our after dinner speakers or to book Peter Shilton for your event.