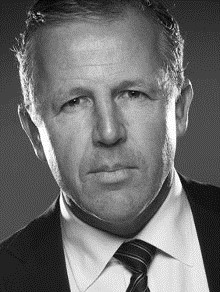 Sean Fitzpatrick is an amazing team building and motivational speaker, as well as a witty after dinner speaker with many humorous tales to tell about his life as a rugby player and within the media.

Starting off as a player for Auckland, Sean made his international debut in 1986, playing for the All Blacks in the test series against France. He then proceeded to play in the first ever Rugby World Cup in 1987, where he had one of the best moment of his career when the All Blacks won the tournament, beating France in the final at Eden Park.

Currently, he is the founder and director of Front Row Hospitality Ltd, a high-end hospitality and events company based in London offering bespoke services to a global client base. As part of this, Front Row Leadership offers a leadership and motivational platform with recognised leaders from sport, business and academia, giving presentations and training sessions to businesses and management to develop and improve their performance.

Contact us today for further information on our after dinner speakers or to book Sean Fitzpatrick for your event.