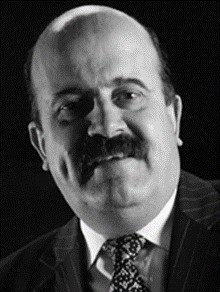 One of the UK’s best loved sports personalities, snooker player Willie Thorne is a TV commentator, 'Strictly Come Dancing' contestant and after dinner speaker of the highest calibre.

Willie became national under-16 champion at snooker in 1970, and by 1982 he had reached the quarter-finals of the World Championship, a feat he repeated in 1986. Willie was regularly placed in the Top 16 World Ranking players throughout his career. He also won the World Seniors Masters in 2000, beating Cliff Thorburn in the final.

Willie is one of the best known and best loved British sporting faces and he has made numerous TV appearances including 'Big Break', 'Noel’s House Party', 'Wogan' and many more. He also hosted sixteen episodes of 'Cue Masters' for Sky TV.

He is now a TV commentator for all the major snooker championships on every UK channel.

Contact us today for further information on our after dinner speakers or to book Willie Thorne for your event.