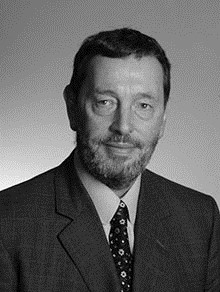 David Blunkett in his political life has been in charge of many of the major governmental portfolios. Equally adept at keynote speaking & anecdotal story telling.

Labour party politician David Blunkett was born with a rare genetic condition that left him completely blind. From a deprived family in one of Sheffield’s poorest neighbourhoods, he beat the odds to become one of the UKs most popular and influential politicians.

Leading the Sheffield City Council for 7 years before entering the Commons, David unified the Labour party in the 80s and 90s when he shadowed health and education.

After Labour’s election win, he was first in charge of education and employment. He thrived in this role and won big increases in funds for schools, while consistently insisting on improved standards of literacy and numeracy, by standing up to teaching unions.

Rising to become Education and Employment Secretary, Home Secretary and eventually Work and Pensions Secretary in Tony Blair's Cabinet, David was promoted to Home Secretary after the 2001 general election.

As a keynote speaker or after dinner speaker, David specialises in leadership, sustainability and security, and his story of determination is inspirational and valuable to individuals and businesses.

As Home Secretary, David was responsible for a variety of issues including immigration, policing, race, and disability issues. He was also in charge of security, terrorism and expenditure. His experience and unparalleled knowledge of high level political issues, combined with his pragmatic yet relaxed demeanour, make it possible to forget his disability, which he describes as ‘an inconvenience.’

Contact us today for further information on our after dinner speakers or to book David Blunkett for your event.