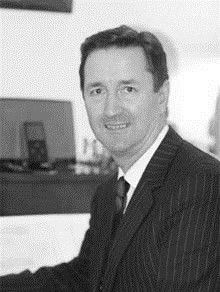 Graham’s military career began when he joined the Royal Artillery Band, and studied the harp under the tutelage of the famous harpist Maria Kachinska.

In 1994 Graham was appointed as Director of Music, The Lowland Band of the Scottish Division, and three years later he moved to the Band of the Light Division, and eventually was promoted to Major and posted to Headquarters Army Music, Kneller Hall as Officer Commanding the Training Development Team.

In August 2001 Major Jones achieved his life-long ambition by being appointed Director of Music, Coldstream Guards. He earned a Master of Music degree from the University of Reading, and then a Doctorate of Music Arts. He is the first army director music to gain a DMA.

In May 2008 Graham was promoted to Lieutenant Colonel becoming Senior Director of Music, Household Division, and in 2011 he retired from the army, and now conducts and organises international music events.

Contact us today for further information on our after dinner speakers or to book Graham Jones for your event.