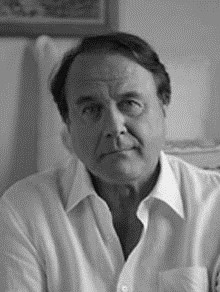 James Bellini, broadcast journalist, is a hugely popular after dinner speaker and is widely known as presenter of The Money Programme, Newsnight and Panorama.

James' impressive academics include a Masters in law and history from Cambridge and a PhD from the London School of Economics. After a stint as a university lecturer he became the first British member of the renowned futurology 'think-tank', the Hudson Institute, founded by Dr Herman Kahn.

Based in Paris, James was Head of Political Studies at the Institute’s European Division, and worked on a succession of major reports on Europe’s political, economic and social future. He also consulted for the Henley Centre for Forecasting and The Economist Intelligence Unit, and currently serves on the Advisory Board of the Global Future Forum, a worldwide network of futures professionals.

James joined the BBC as presenter of The Money Programme, Newsnight and Panorama. This was the start of over twenty years in broadcast journalism where his expertise lay in business, politics and environmental issues.

Contact us today for further information on our after dinner speakers or to book James Bellini for your event.