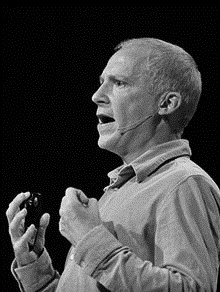 Marcus du Sautoy is the Charles Simonyi Professor for the Public Understanding of Science and Professor of Mathematics at the University of Oxford and a Fellow of New College.

Marcus is an outstanding communicator and is much in demand as a keynote conference speaker in the corporate & public sector.

In 2004, Esquire Magazine chose him as one of the 100 most influential people under 40 in Britain. Marcus is author of numerous academic articles and books on mathematics. He has been a visiting Professor at the École Normale Supérieure in Paris, the Max Planck Institute in Bonn, the Hebrew University in Jerusalem and the Australian National University in Canberra.

Marcus writes for the Times, Daily Telegraph, Independent and the Guardian and is frequently asked for comment on BBC radio and television. He has written and presented several series for radio including 5 Shapes for BBC radio 4 in 2004 and Maths and Music for the Essay on BBC radio 3 in 2007.

Marcus is also presenter of BBC4’s TV game show Mind Games, for which he has been nominated for the Royal Society of Television’s Best Newcomer to a Network award. In 2005 he presented a one hour documentary for BBC4 and BBC2 based on his book The Music of the Primes. In the autumn of 2008 he wrote and presented a four part landmark series for the BBC called The Story of Maths. His presentations on mathematics, which include “Why Beckham chose the 23 shirt”, have played to a wide range of audiences: from theatre directors to bankers, from diplomats to prison inmates.

Contact us today for further information on our after dinner speakers or to book Marcus Du Sautoy for your event.