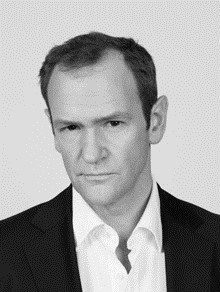 Alexander Armstrong is a presenter, comedian and actor. At the Cambridge Footlights theatre he met Ben Miller and formed the comedy duo Armstrong and Miller.

Alexander has performed in several comedy roles including ‘The Armstrong and Miller Show’, the sitcom Beast, BBC Radio 4’s ‘Weak at the Top’. He is chairman of the comedy panel show ‘Best of the Worst’ which also features team captains David Mitchell and Johnny Vaughan. He is a frequent guest host and panellist on BBC's ‘Have I Got News for You’ and is the presenter of the BBC Two game show ‘Pointless’.

Alexander also presented a documentary ‘Alexander Armstrong’s Very British Holiday’ about the history of the great British summer He has starred in a number of drama’s and sitcoms including ‘Life Begins’, ‘Saxondale’, ‘Doctor Who’ and ‘Mutual Friends’.

In 2010 he featured in an episode of the BBC series ‘Who Do You Think You Are?’ where he discovered that he was a descendant of William the Conqueror.

Contact us today for further information on Alexander Armstrong or to make a booking.