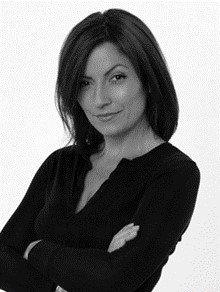 Davina McCall is one of the nation's best loved and most popular TV presenters, and has been for many years.

Davina’s first TV break came in 1992 with her own show on MTV, and in 1995 she went on to host the ITV game show ‘God's Gift’, before becoming the anchor presenter on Channels 4’s ‘Streetmate’ and prime-time cult show ‘Don’t Try This at Home’ on ITV1 in 1998.

Davina became the face of Garnier in 2007, and has produced several exercise DVDs alongside her personal trainers, Mark and Jackie Wren.

Since 2011, Davina has hosted ‘Long Lost Family’ with Nicky Campbell and as of 2015 it has broadcast five series. In 2015, Davina presented two new series for ITV, ‘Life at the Extreme’ and ‘This Time Next Year’.

Contact us today for further information on Davina McCall or to make a booking.