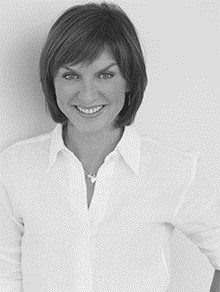 Fiona Bruce is one of the most popular presenters currently working in television.

An award winning newscaster, she is a regular presenter of both the 6 O’clock and 10 O’clock News on BBC One and joined the ‘Antiques Roadshow’ as lead presenter in 2008.

She joined the 6 O’clock News in 1999 and in 2001, she became the first woman presenter to be part of the BBC's election team.

As well as presenting BBC One’s coverage of the Royal Wedding, Fiona has presented BBC's ‘Crimewatch’ for 8 years until December 2007.

Contact us today for further information on Fiona Bruce or to make a booking.