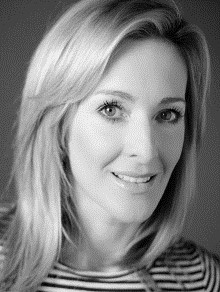 Gabby Logan, one of the UK’s foremost sports hosts, was a key member of the BBC’s presentation team for the London 2012 Olympics and has been an integral face of BBC Sport.

A former Commonwealth Games gymnast, Gabby began her broadcasting career in radio in 1992 and joined Sky Sports in 1996, where she climbed the ranks of a male-dominated world and established herself as a football presenter.

She joined the presenting team at ITV in 1998 to front ‘On The Ball’, and eventually fronted the World Cup, Champions League and the Premiership. In 2004 she co-hosted Sport Relief with Gary Lineker for the BBC, before joining the BBC in 2007.

In January 2013, Gabby co-presented ‘Splash!’ for ITV, where celebrities were taught to dive by diving champion Tom Daley.

Gabby currently presents ‘Final Score - The Six Nations’ and the ‘Autumn Rugby Internationals’ for BBC One, as well as ‘LIVE with Gabby Logan’ on Channel 5, the ‘FIFA 2011 Women’s World Cup’ for BBC Three, ‘Inside Sport’, ‘Match of the Day’ and ‘The One Show’.

Contact us today for further information on Gabby Logan or to make a booking.