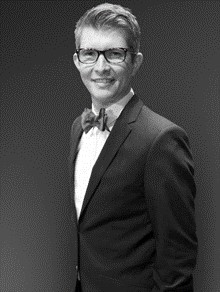 Gareth Malone OBE, has built and led choirs across the country and fronted the hugely popular BAFTA winning TV series, ‘The Choir’.

The choir saw Gareth take on the challenge of bringing music into the lives of students who had never sung before and ultimately taking them to compete in the World Choir Games in China.

Series 2, ‘The Choir: Boys Don’t Sing’ was followed by ‘The Choir: Unsung Town’ where Gareth attempted to unite the community of South Oxhey as a choir.

The fourth series of ‘The Choir’ aired in 2011. ‘The Choir: Military Wives’, followed Gareth as he gave a voice to the wives and girlfriends of the Chivenor and Plymouth barracks when troops were deployed to Afghanistan. The hit single from the series, 'Wherever You Are', was Christmas number one in 2011, and the choir's album 'In My Dreams' reached number one in 2012.

In 2012 Gareth played at the Queen’s Diamond Jubilee Concert alongside Gary Barlow.

Using his musical success, Gareth is highly skilled at team-building exercises which utilise his outgoing, warm and generous approach to music. He is also the ideal host for corporate entertainment in the form of workshops, keynote speeches or staff bonding exercises.

Contact us today for further information on Gareth Malone or to make a booking.