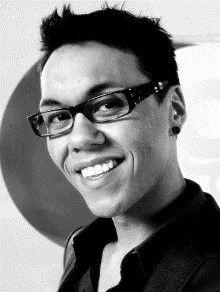 Gok Wan is a well respected fashion consultant who has worked on many television shows including ‘GMTV’, ‘LK Today’, ‘Big Brother's Little Brother’, ‘Make Me a Grown Up’, ‘The Xtra Factor’ and ‘T4’.

In 2006, Channel 4 asked him to present his own fashion show, ‘How to Look Good Naked’. In addition, he wrote a book to accompany the series, entitled ‘How to Look Good Naked: Shop for Your Shape and Look Amazing’. A second series was commissioned and was broadcast on Channel 4 in 2007. A third series was shown in early 2008 and in mid 2008, he presented ‘Gok's Fashion Fix’.

Since December 2014, he has been a regular stand-in presenter for Phillip Schofield on ‘This Morning’ and has also presented various fashion features for the show.

Contact us today for further information on Gok Wan or to make a booking.