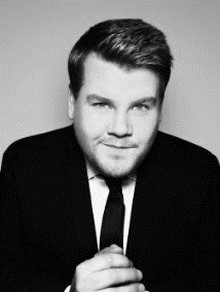 James Corden is a BAFTA-winning actor, writer and producer.

He co-created and starred in the BBC Three comedy ‘Gavin and Stacey’, and is best known for joining the England football team for Comic Relief as well as his regular hosting role on ‘A League of Their Own’.

James’ latest TV creation is ‘The Wrong Mans’, and on the big screen he has starred in ‘The Three Musketeers’, ‘How To Lose Friends and Alienate People’, ‘Into the Woods’ with Johnny Depp and Meryl Streep, and ‘Begin Again’ alongside Keira Knightley.

Turned into a household name by ‘Gavin and Stacey’, James’ long list of awards includes BAFTAs for ‘Gavin and Stacey’, and an Olivier on both sides of the Atlantic for his lauded performance in the National Theatre's hit stage show ‘One Man, Two Guvnors’.

Contact us today for further information on James Corden or to make a booking.