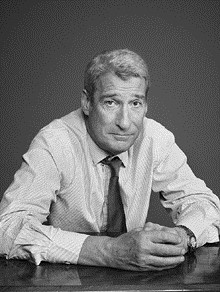 Broadcaster and journalist Jeremy Paxman is known for his in depth probing and questioning of politicians on ‘Newsnight’, which he anchored between 1989 and 2014.

He joined the ‘Tonight’ programme in 1977 followed by five years as a reporter on ‘Panorama’, where assignments took him frequently to Africa, the Americas and the Middle East.

He became chairman of ‘University Challenge’ in 1994 and his 2014 one-man show ‘PAXO’ at the Edinburgh Festival Fringe was a critically acclaimed sell-out.

Contact us today for further information on Jeremy Paxman or to make a booking.