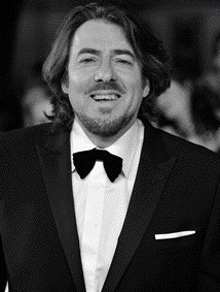 A multi award-winning TV and radio presenter, Jonathan has rarely been off our screens or our radios. He was recently awarded an OBE for services to broadcasting.

‘Tonight With Jonathan Ross’ was born in 1991 on BBC1. This led to Michael Grade commissioning the three-night-a-week chat show for Channel 4. In 1999, Jonathan become Barry Norman's successor with the BBC1 flagship show ‘Film 99’.

Jonathan first compered the prestigious British Comedy Awards in 1991 for the ITV network, an annual engagement that he has now made his own, having hosted it every year since. Jonathan has also hosted the film BAFTAS for the BBC.

Jonathan has presented his chat show ‘The Jonathan Ross Show’ on ITV1 since 2011, and a Christmas Special planned for December 2015.

Contact us today for further information on Jonathan Ross or to make a booking.