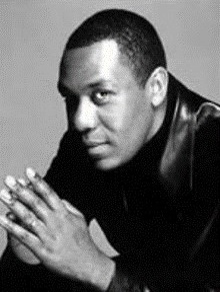 Lenny Henry is the founder of Comic Relief and is a British comedy icon.

As co-host of the children's programme ‘Tiswas’ from 1978 until 1981, Lenny teamed up with Tracey Ullman and David Copperfield to write and perform in ‘Three of a Kind’. It was during this project that he met his future wife, Dawn French, who was instrumental in Lenny’s move into the fledgling alternative comedy scene, where his natural talent and wit, especially his characterisation, created a top comedian, and eventually a household name, with his own TV show.

By the 90’s Hollywood was calling, and Lenny starred in ‘True Identity’, before returning to the small screen opposite Robbie Coltrane in BBC’s ‘Alive and Kicking’.

Alongside Dawn French and Griff Rhys Jones, Lenny set up the British Comic Relief charity organisation, and he took on the mantle of the voice of the British speaking clock for two weeks in aid of Comic Relief.

Contact us today for further information on Lenny Henry or to make a booking.