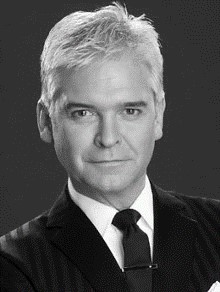 Phillip Schofield has been a well known and respected face on British television for almost 30 years and is one of ITV's most popular presenters, hosting several programmes on the channel.

Phillip co-presented ‘All Star Mr and Mrs’ with Fern Britton between 2008 and 2010; the show returned in 2012 with Phillip as the sole presenter. Phillip has also hosted ‘The British Soap Awards’ since 2006 and he has presented game show ‘The Cube’ since 2009.

Most recently, in March 2015, he presented the brand-new primetime game show ‘You're Back in the Room’ for ITV.

Contact us today for further information on Phillip Schofield or to make a booking.