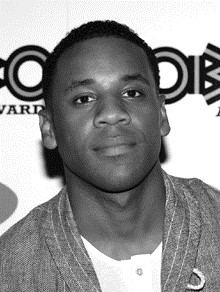 Reggie Yates is one of the most talented and versatile presenters on British TV. His credits include The Voice and Christmas Top of the Pops on BBC1.

It was ‘Top of the Pops’ that thrust Reggie Yates on to primetime TV, and Reggie played the part of Leo Jones in the 2007 series of ‘Doctor Who’.

Reggie then moved to Radio 1 for the Weekend Breakfast show before heading to the afternoon slot with both the Request Show and the Chart Show.

In 2009 Reggie co-hosted the MOBOs with Keri Hilson and he has also presented live coverage of the Glastonbury, Reading and T in the Park music festivals for BBC Three.

In 2011, Reggie voiced the title character in the CBeebies television show ‘Rastamouse’. Later in 2011, he appeared with Lenny Henry and Angela Rippon in the BBC fundraising documentary for Comic Relief.

Contact us today for further information on Reggie Yates or to make a booking.