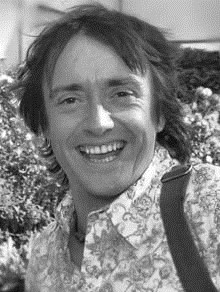 The three men have great chemistry on screen; they take the motor challenges seriously but find time to banter with each other and reveal their competitive natures.

In addition to his many TV presenting roles, Richard can also be heard on the radio, he presents a weekly morning hour on LBC and has also presented on BBC North, BBC Radio York and BBC Radio Leeds.

Contact us today for further information on Richard Hammond or to make a booking.