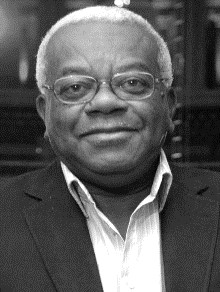 Recognised as the nation’s most popular newscaster, Trevor had previously presented the ‘News at Ten’ from 1990 to 1999 and the ‘ITV News at 10.30’ until he stepped down from his role as anchor of ITV News in December 2005.

Trevor has also hosted his own chat show ‘Trevor McDonald Meets...’ on ITV2, ITV's digital channel which launched in December 1998. From July 2000 the programme was also broadcast on the ITV terrestrial channel.

In 2007 it was announced ITV had reinstated Trevor as the inaugural anchor of their prime time ‘News at Ten’ and he stayed until 2008. Trevor presented ‘The National Television Awards’ in 2007 and 2008, and also presented ‘Trevor McDonald with David Cameron’ in 2010.

Contact us today for further information on Trevor McDonald or to make a booking.