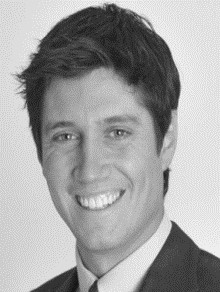 Vernon Kay first burst onto our TV screens on T4 in 2000 and has been a permanent feature ever since.

Vernon joined Radio 1 in 2006 and hosted his regular Saturday show until November 2012.

In 2007 Vernon started the year by co-hosting ‘Just the Two of Us’ with his wife, Tess Daly. He then fronted the ITV1 hit show ‘Vernon Kay’s Gameshow Marathon’, and jumped at the chance to spend a summer travelling the globe attempting to find ‘The World’s Greatest Elvis’ for BBC1.

In 2007 he signed an exclusive contract with ITV to host a number of shows for them and over the last 3 years has hosted ‘Beat the Star’, ‘The Whole 19 Yards’ and a number of series of the ever popular ‘Family Fortunes’.

In September 2015, he began presenting the weekday morning show from 10am–1pm on the newly relaunched Radio X.

Contact us today for further information on Vernon Kay or to make a booking.