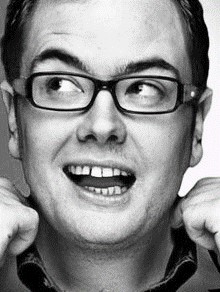 Alan Carr has become one of the UK’s best loved stand-up and TV comedians, and is enjoying unparalleled success on the corporate scene.

In 2007, Alan toured with his show Tooth Fairy Live and in 2011 Alan went on tour with Spexy Beast Live. Most recently, he toured with Yap,Yap,Yap! and the DVD is due to be released in November 2015.

Contact us today for further information on Alan Carr or to make a booking.