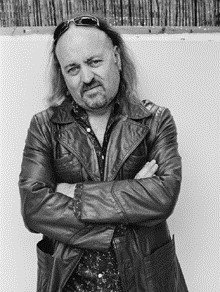 Bill Bailey is a sublime cabaret and stand up comedian and is a popular choice for entertainment at Corporate Events - for gala dinners or award ceremonies.

He broke into TV and since his own series ‘Is It Bill Bailey?' on BBC2 in 1998. He made an appearance in the comedy 'Wild West' starring Dawn French and written by Men Behaving Badly creator Simon Nye. Bill is also well known for his role in ‘Black Books’ and for his numerous appearances on ‘Never Mind the Buzzcocks’, ‘Have I Got News for You’, and ‘QI’.

Since 2001 Bill has toured ten different shows, seven of which have been released onto DVD. He is currently touring his show ‘Limboland’ which will end in Summer 2016.

Contact us today for further information on Bill Bailey or to make a booking.