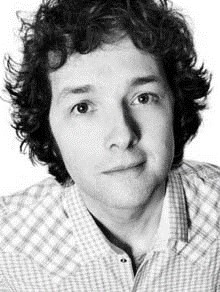 Star of BBC2's The Thick of It, award-winning comedian Chris Addison is known for his versatility, energetic routines and faultless delivery - making him the ideal choice as an awards host or stand up comedian at corporate events.

After starring in BBC 2's multi award winning comedy 'The Thick of It', for which he was nominated as Best Newcomer at the British Comedy Awards. Chris’s talent also extends behind the scenes - he is an established writer who has written and starred in his own sitcom, Lab Rats, for BBC 2, and has written two novels.

After several guest appearances on Mock the Week, in September 2011 Chris became a regular panellist, appearing in every episode since the second part of series 10 until series 12 in 2013.

As well as appearing on Have I Got News for You six times, Would I Lie to You once and 8 Out of 10 Cats twice; he appeared an episode of Live at the Apollo and has appeared twice on QI. Most recently, in August 2014, Chris made a guest appearance in the two-part series finale of the eight series of Doctor Who with his former ‘The Thick of It’ co-star Peter Capaldi, who plays the Twelfth Doctor.

Contact us today for further information on Chris Addison or to make a booking.