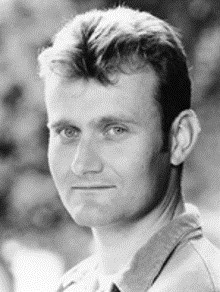 Hugh Dennis star of Mock the Week began his performing career in 1985, as one half of double act "Punt and Dennis."

Hugh Dennis made his name as one half of ‘Punt & Dennis’. He and Steve Punt still appear together on Radio 4’s ‘The Now Show’.

Hugh has appeared in every episode of ‘Mock The Week’ since its inception in 2005 and he starred in ‘Outnumbered’ between 2007 and 2014.

His other TV work includes a plethora of programmes including ‘Kombat Opera’, ‘Have I Got News For You’, ‘New Tricks’, ‘Agatha Christie’s Marple’, ‘Not Going Out’ and ‘Doctors’.

With his quick wit and genius one-liners Hugh Dennis is the ideal after dinner speaker and awards host for gala evenings, ceremonies and live events.

Contact us today for further information on Hugh Dennis or to make a booking.