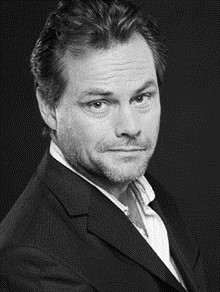 Jack Dee is one of the UK’s favourite comedians; his dry wit and clever humour contribute to his unique presenting style; he is an ideal choice of awards host or stand up comedian at any corporate event.

In 1992, Jack presented ‘The Jack Dee Show’ which ran for two series and was described as ‘mean, moody, miserable and magnificently funny’. Jack also got his own Saturday and Sunday night shows with ITV called ‘Jack Dee’s Saturday Night’ and ‘Jack Dee’s Sunday Service’.

Jack was nominated for a BAFTA for his 2004 show ‘Jack Dee Live at the Apollo’ which ran for two series. He co-wrote the highly popular sitcom ‘Lead Balloon’ which was shown on BBC Four and received great reviews.

Not only is Jack a talented comedian, he is also an actor and has appeared in a host of popular television series including ‘Jonathan Creek’, ‘Silent Witness’, ‘Dalziel and Pascoe’ and ‘The Grimleys’ to name a few.

Contact us today for further information on Jack Dee or to make a booking.